Scattered on the walls are stencils, human hands outlined against a background of red paint.

Though faded, they are stark and evocative, a thrilling message from the distant past. My companion, Maxime Aubert, directs me to a narrow semicircular alcove, like the apse of a cathedral, and I crane my neck to a spot near the ceiling a few feet above my head.

Just visible on darkened grayish rock is a seemingly abstract pattern of red lines. Then my eyes focus and the lines coalesce into a figure, an animal with a large, bulbous body, stick legs and a diminutive head: a babirusa, or pig-deer, once common in these valleys.

Aubert points out its neatly sketched features in admiration. He found that it is staggeringly ancient: at least 35, years old. The findings made headlines around the world when Aubert and his colleagues announced them in late , and the implications are revolutionary. They smash our most common ideas about the origins of art and force us to embrace a far richer picture of how and where our species first awoke. Studies of genes and fossils agree that Homo sapiens evolved in Africa , years ago.

A Journey to the Oldest Cave Paintings in the World

Intellectual breakthroughs in human evolution such as tool-making were mastered by other hominin species more than a million years ago. Such sophisticated thinking was a huge competitive advantage, helping us to cooperate, survive in harsh environments and colonize new lands. It also opened the door to imaginary realms, spirit worlds and a host of intellectual and emotional connections that infused our lives with meaning beyond the basic impulse to survive. And because it enabled symbolic thinking—our ability to let one thing stand for another—it allowed people to make visual representations of things that they could remember and imagine.

Until Aubert went to Sulawesi, the oldest dated art was firmly in Europe. The spectacular lions and rhinos of Chauvet Cave, in southeastern France, are commonly thought to be around 30, to 32, years old, and mammoth-ivory figurines found in Germany correspond to roughly the same time. So it has long been assumed that sophisticated abstract thinking, perhaps unlocked by a lucky genetic mutation, emerged in Europe shortly after modern humans arrived there about 40, years ago.

Once Europeans started to paint, their skills, and their human genius, must have then spread around the world. But experts now challenge that standard view. Archaeologists in South Africa have found that the pigment ocher was used in caves , years ago. They have also unearthed deliberately pierced shells with marks suggesting they were strung like jewelry, as well as chunks of ocher, one engraved with a zigzag design—hinting that the capacity for art was present long before humans left Africa.

Still, the evidence is frustratingly indirect. And the engravings could have been one-offs, doodles with no symbolic meaning, says Wil Roebroeks, an expert in the archaeology of early humans, of Leiden University in the Netherlands. Other extinct hominin species have left similarly inconclusive artifacts. By contrast, the gorgeous animal cave paintings in Europe represent a consistent tradition.

The seeds of artistic creativity may have been sown earlier, but many scholars celebrate Europe as the place where it burst, full-fledged, into view. Humans were more or less comparable to you and me. Yet the lack of older paintings may not reflect the true history of rock art so much as the fact that they can be very difficult to date. Radiocarbon dating, the kind used to determine the age of the charcoal paintings at Chauvet, is based on the decay of the radioactive isotope carbon and works only on organic remains.

This is where Aubert comes in.

Cave Paintings and the Human Spirit: The Origin of Creativity and Belief by David S. Whitley

Instead of analyzing pigment from the paintings directly, he wanted to date the rock they sat on, by measuring radioactive uranium, which is present in many rocks in trace amounts. Uranium decays into thorium at a known rate, so comparing the ratio of these two elements in a sample reveals its age; the greater the proportion of thorium, the older the sample. But it can also date newer limestone formations, including stalactites and stalagmites, known collectively as speleothems, which form in caves as water seeps or flows through soluble bedrock.


To do this would require analyzing almost impossibly thin layers cut from a cave wall—less than a millimeter thick. Then a PhD student at the Australian National University in Canberra, Aubert had access to a state-of-the-art spectrometer, and he started to experiment with the machine, to see if he could accurately date such tiny samples.

Within a few years, Adam Brumm, an archaeologist at the University of Wollongong, where Aubert had received a postdoctoral fellowship—today they are both based at Griffith University—started digging in caves in Sulawesi. Brumm hoped to find them. As they worked, Brumm and his Indonesian colleagues were struck by the hand stencils and animal images that surrounded them. But the archaeological evidence showed that modern humans had arrived on Sulawesi at least 35, years ago.

Could some of the paintings be older? After that, Brumm looked for paintings partly obscured by speleothems every chance he got. As soon as he got home, he told Aubert to come to Sulawesi. Aubert spent a week the next summer touring the region by motorbike. He took samples from five paintings partly covered by popcorn, each time using a diamond-tipped drill to cut a small square out of the rock, about 1.

Back in Australia, he spent weeks painstakingly grinding the rock samples into thin layers before separating out the uranium and thorium in each one. Unable to get funding for the project, he had to pay for his flight to Sulawesi—and for the analysis—himself. The very first age Aubert calculated was for a hand stencil from the Cave of Fingers. I said, are you sure?

I had the feeling immediately that this was going to be big. The caves we visit in Sulawesi are astonishing in their variety. They range from small rock shelters to huge caverns inhabited by venomous spiders and large bats. Everywhere there is evidence of how water has formed and changed these spaces. The rock is bubbling and dynamic, often glistening wet. It erupts into shapes resembling skulls, jellyfish, waterfalls and chandeliers. As well as familiar stalactites and stalagmites, there are columns, curtains, steps and terraces—and popcorn everywhere.

It grows like barnacles on the ceilings and walls. This story is a selection from the January-February issue of Smithsonian magazine. Ramli knows the art in these caves intimately. The first one he visited, as a student in , was a small site called Leang Kassi. He remembers it well, he says, not least because while staying overnight in the cave he was captured by local villagers who thought he was a headhunter. Almost all of the markings he shows me, in ocher and charcoal, appear in relatively exposed areas, lit by the sun.

And they were apparently made by all members of the community. At one site, I climb a fig tree into a small, high chamber and am rewarded by the outline of a hand so small it could belong to my 2-year-old son. At another, hands are lined up in two horizontal tracks, all with fingers pointing to the left. 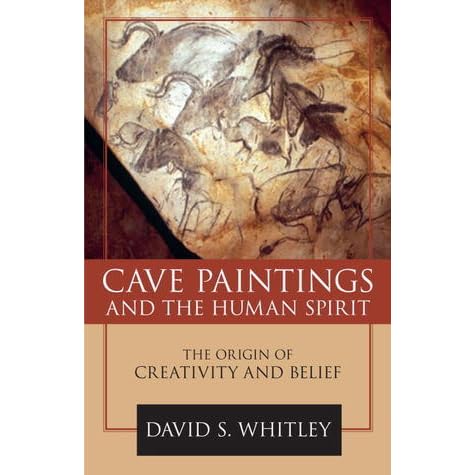 Elsewhere there are hands with slender, pointed digits possibly created by overlapping one stencil with another; with painted palm lines; and with fingers that are bent or missing. Perhaps, he suggests, the stencils with missing fingers indicate that this practice too has ancient origins.

This is my home. There are two main phases of artwork in these caves. Alongside these are red and occasionally purplish-black paintings that look very different: hand stencils and animals, including the babirusa in Leang Timpuseng, and other species endemic to this island, such as the warty pig. The youngest stencil was dated to no more than 27, years ago, showing that this artistic tradition lasted largely unchanged on Sulawesi for at least 13 millennia. The findings obliterated what we thought we knew about the birth of human creativity. At a minimum, they proved once and for all that art did not arise in Europe.

By the time the shapes of hands and horses began to adorn the caves of France and Spain, people here were already decorating their own walls. On that, experts are divided. He points out that although hand stencils are common in Europe, Asia and Australia, they are rarely seen in Africa at any time. You have to find your way around, and deal with strange plants, predators and prey. Perhaps people in Africa were already decorating their bodies, or making quick drawings in the ground. But with rock markings, the migrants could signpost unfamiliar landscapes and stamp their identity onto new territories.

He thinks these techniques must have arisen in Africa before the waves of migrations off the continent began. The eminent French prehistorian Jean Clottes believes that techniques such as stenciling may well have developed separately in different groups, including those who eventually settled on Sulawesi. People arrived on Sulawesi as part of a wave of migration from east Africa that started around 60, years ago, likely traveling across the Red Sea and the Arabian Peninsula to present-day India, Southeast Asia and Borneo, which at the time was part of the mainland.

To reach Sulawesi, which has always been an island, they would have needed boats or rafts to cross a minimum of 60 miles of ocean. Brumm and his team have unearthed evidence of fire-building, hearths and precisely crafted stone tools, which may have been used to make weapons for hunting. Yet while the inhabitants of this cave sometimes hunted large animals such as wild boar, the archaeological remains show that they mostly ate freshwater shellfish and an animal known as the Sulawesi bear cuscus—a slow-moving tree-dwelling marsupial with a long, prehensile tail.

Ancient Sulawesians, it seems, were likewise moved to depict larger, more daunting and impressive animals than the ones they frequently ate. Aubert is collecting samples of limestone from painted caves elsewhere in Asia, including in Borneo, along the route that migrants would have taken to Sulawesi.